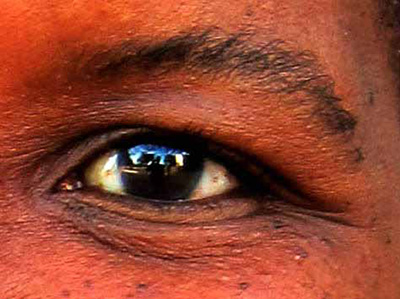 This post is about what to call the people we target in development and humanitarian relief work – that may strike one as mundane, but for monitoring and evaluation (M&E), it is essential to define and clearly understand what we are to measure and report. From “beneficiaries” and “clients” to “target population” and “people reached,” semantics vary, with salient considerations (and complications) for measurement.

I will illustrate this by first looking at a couple glitches with the use of “beneficiary,” 2) recognize that semantics adapts to context, and 3) stress the important distinction between measuring outreach versus impact.

Whether you work in humanitarian relief or development, the term “beneficiary” is increasing placed on the politically correct blacklist. Much of this is because in English and other languages, “beneficiary” comes across for many as patronizing and disempowering. Etymologically speaking, critics point out that the word suggests someone holding a bowl to be served, implying people are passive recipients of charity rather than participants in their own development.

Another problem is that “beneficiary” implies that those receiving services actually benefit from them, which is not always the case. In fact, that is why we measure higher level objectives or impacts: to see if what we are doing makes a (positive) difference for those we seek to help. There is an important difference between measuring outreach or coverage of people reached by services, versus the desired, higher level changes identified in a theory of change.

Higher level results go beyond counting the number of people receiving services, identifying higher level (desired) changes in in these people’s behavior (outcomes) or condition (impact).  One should not confuse or conflate measurement by combining measures of different levels of results – people reached by services (outputs) versus those positively impacted (outcomes/impact). 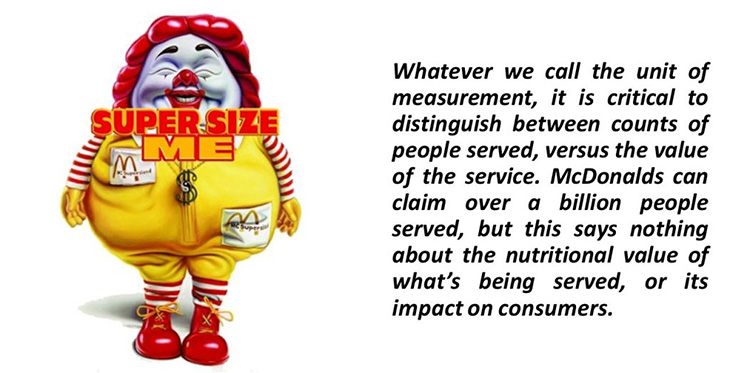 A systems perspective on the topic helps to understand that there is no one universal, all-encompassing word to use for the people we seek to serve, but instead it will vary according to organizational and operational context, (e.g. audience and purpose, culture and language, intervention type, etc.).

For example, in some interventions, intended service “recipients” may not participate in the service provision – i.e. a humanitarian operation where water, blankets or other supplies are distributed. In such instances, terms that convey participation may not be used. In other interventions, engagement and empowerment may be central, as is often is the case in development – resilience programming stressing social cohesion.

In short, the idea of one standard term to refer to the people we seek to serve is just that – an “idea.” Although far from exhaustive, the following list highlights some English alternatives to “beneficiary” I’ve encountered in the industry:

These example terms reflect the multiplicity of contexts in which we operate and stakeholders we work with. For example, when preparing a funding proposal, “beneficiary” may have more currency for the target audience, donors, who are accustomed to this usage.

Whatever terms are adopted or adapted, we need to make the distinction between measurement of who we target, who we actually reach, and the difference it makes. The conceptual diagram below represents that people targeted by an intervention may not always be reached by aid, whereas others untargeted may be reached.

For example, at the output level, an HIV program may reach 100,000 people with messaging; at the outcome level, this messaging can result in a change in attitude (receptivity to condom use) and behavior (actual condom use); and at the impact level, an improvement in condition by reducing HIV prevalence.

However, the campaign may not reach all of the target population, and reach others not targeted. Furthermore, for those people reached, not all may have the desired attitudinal and behavior changes. The measurement and assessment of these higher level results require evaluation methods that go beyond counts of people reached.

The key is not to confuse or conflate the issue by combining two levels of measure for two different levels of results – people reached versus people positively impacted. Thus, my preference for “people reached.”

The important point is that if the count is to include people who are not only reached but who also benefit from services, it is more than a simple count, but a measurement of higher level change. For example, the United Nations World Food Programme’s Beneficiary Contact Monitoring guidelines (2014) outlines qualitative methods to assess not only beneficiaries’ access to provided outputs, but also their satisfaction with and the utility of the outputs.

Much of the accountability agenda in the aid industry has understandably focused on measuring impact rather than just counts – people want to know what difference is being made. This is real important and good. However, semantics aside, we should not underestimate the challenges encountered when measuring service outreach, or people reached – especially with larger organizations/operations in complex settings.  Challenges such as double counting, and distinguishing between direct and indirect recipients of services can be formidable when operating in multiple sectors over different time periods, in overlapping locations, and among shared populations. That is the topic of my companion post to this, Counting People Reach – Navigating direct, indirect and double counting. 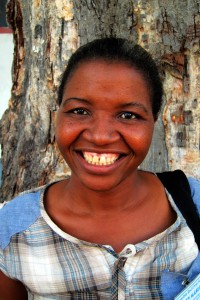 Picture explanation – the picture of the eye at the start of this post is a “zoom in” of this picture here, a community volunteer for a household survey for Malaria prevention in the Caprivi Strip, Namibia. She was very much a “participant” and not just a “beneficiary” in the program, (and gave her consent for me to use her picture).